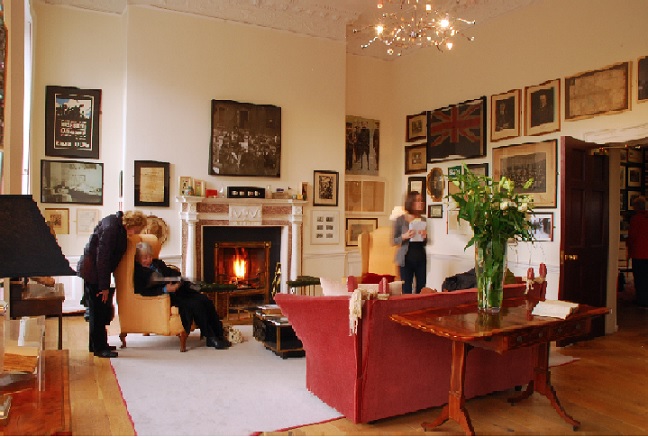 Give me your tired, your poor,
Your huddled masses yearning to breathe free;
The wretched refuse of your teeming shore,
Send these, the homeless,
Tempest-tossed to me
I lift my lamp beside the golden door!

Not like the brazen giant of Greek fame,
With conquering limbs astride from land to land;
Here at our sea-washed sunset gates shall stand
A mighty woman with a torch, whose flame is the imprisoned lightning,
And her name, Mother of Exiles.
From her beacon-hand glows world-wide welcome;
Her mild eyes command the air-bridged harbor
That twin cities frame.
“Keep, Ancient Lands, your storied pomp!”
Cries she with silent lips.

Give me your tired, your poor,
Your huddled masses yearning to breathe free;
The wretched refuse of your teeming shore,
Send these, the homeless,
Tempest-tossed to me
I lift my lamp beside the golden door!

‘The New Colossus’ is the poem by Emma Lazarus which is printed on the base of New York’s beacon of hope, the Statue of Liberty.

A line from the poem has also provided the inspiration for a new exhibition in The Little Museum of Dublin, marking the 50th anniversary of President John F Kennedy’s visit to Ireland.

Your Huddled Masses: The Irish in America focuses on the cultural Irish heritage in the United States, from modern St Patrick’s Day celebrations, to the cinematic legacy of Irish silver screen legend Maureen O’ Hara.

Using sound, photography, film and beautiful illustrations, Your Huddled Masses tells the story of how emigrants travelled, what they left behind in Ireland and what they faced in the United States.

The journey takes you with the emigrants in their search for a better life, reveals their re-invention of home and introduces you to the birth of great cities in a foreign land.

Speaking at the launch, Simon O’ Connor, curator of the Little Museum of Dublin said: “It’s a subject we’ve wanted to tackle since opening, and there’s massive interest around the exhibition both here and in the United States.”

Among the items on view are the lectern President Kennedy used to address the Irish Parliament in 1963, a gold trading card featuring Tom Brady of the New England Patriots, and a dress worn by actress Maureen O’Hara.

This is definitely one to check out if you’re visiting Dublin over the summer and you claim Irish-American heritage. The cosy surroundings of The Little Museum make it the perfect activity for a rainy day too!