Irish playwright and wit Oscar Wilde once said “We are all in the gutter, but some of us are looking at the stars.” Fast- forward some 150 years to the streets of Dublin and his words still ring true. Times may be tough economically, but open your eyes and ears and you’ll feed your soul with art and music in the Irish capital…

On Dublin’s South William Street a lost angel sits waiting. She forms one half of a series created by the artist Eelus in 2008.

Over in London, her counterpart confidently watches over the crowds from a tunnel in Waterloo, but for the moment, this Dublin sister cowers in a doorway, lost and alone like an injured bird. As she works up the courage to take flight, the people of Dublin protect her until she is ready to rise again. 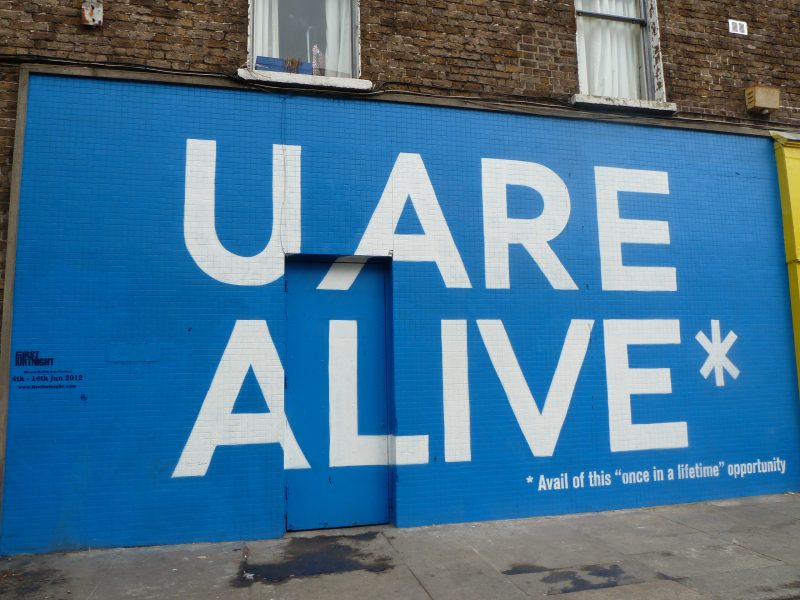 This mural and/or timely reminder can currently be seen next door to The Dublin Simon Community charity shop on Lower Camden Street. Given its location, the message seems all the more poignant. 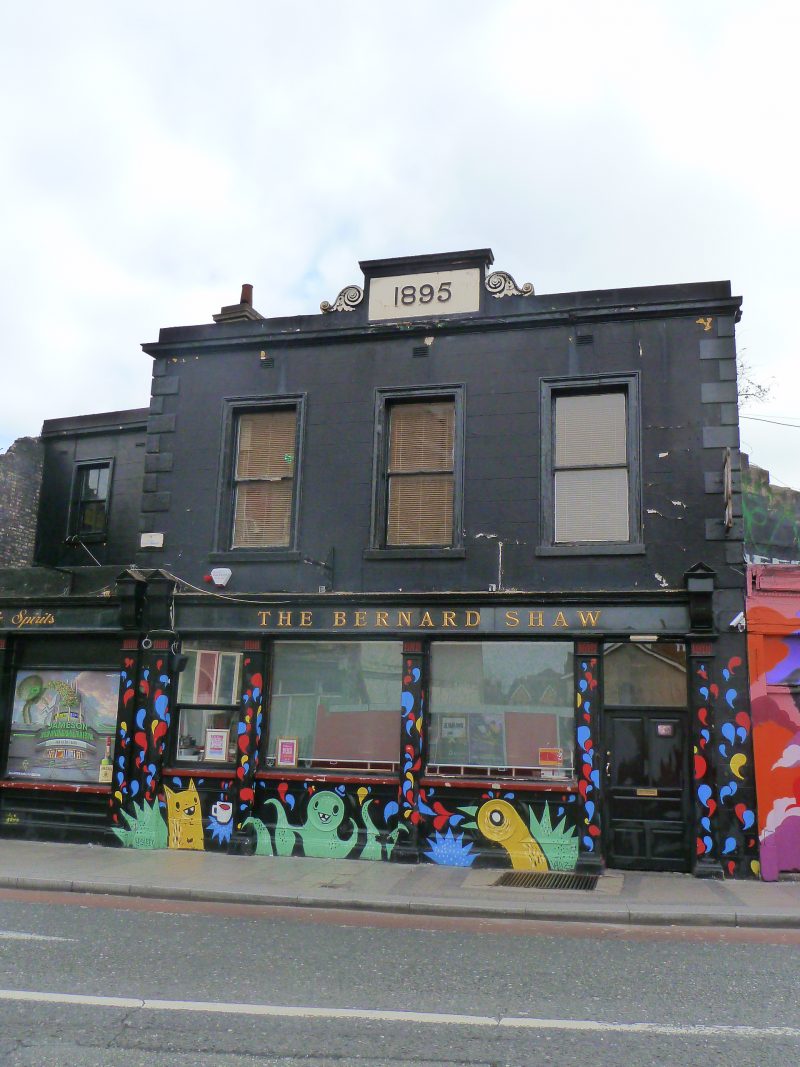 Passers by would be forgiven for thinking that the derelict buildings next to the Bernard Shaw caved in from the exhaustion of trying to keep up with the fun and craic going on inside this Victorian era pub.

True, it may look like it’s on its last legs on the outside, but inside it is a cosy creative hub and one of Dublin’s best kept secrets.   The focus is always on live music and art exhibitions, but quirky features also include a fairy-lit double decker bus outside in the smoking area.

The image of the clown-faced businessman by Canvaz can be seen at various locations throughout the city centre, sometimes appearing alone (as in this case) or as a pair, as seen on Dame Street. 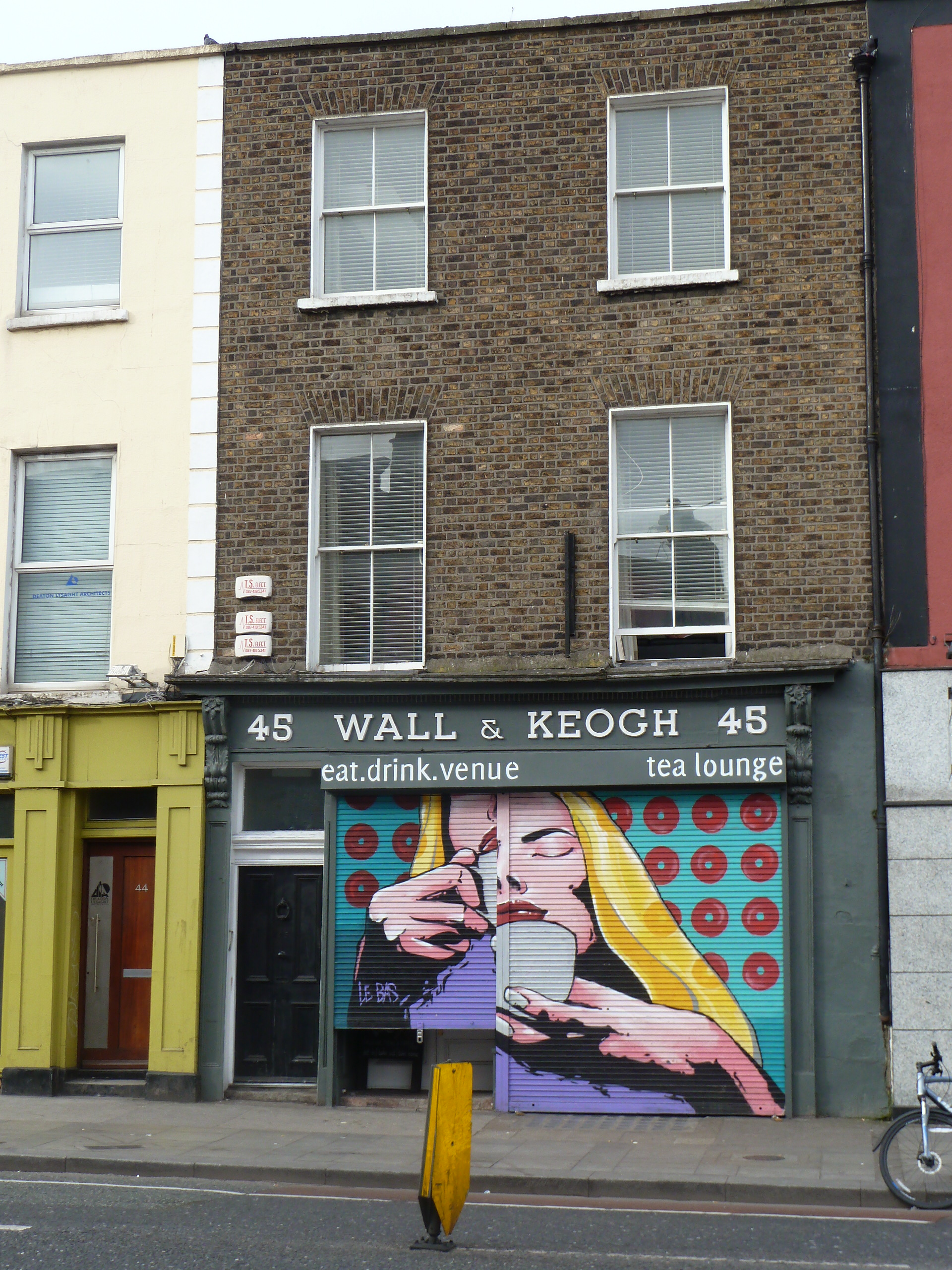 Pop art or no pop art, this sushi and tea lounge is a sight for sore eyes on South Richmond Street. Inside, the decor is cool and retro and a huge array of old-fashioned glass jars invite you to sample their special blend of teas. The friendly ambiance of Wall & Keogh doesn’t end there. An outside seating area at the rear of the building provides chilly guests with blankets and hot water bottles…and if you like the music inside, the proprietors even offer a DJ service. 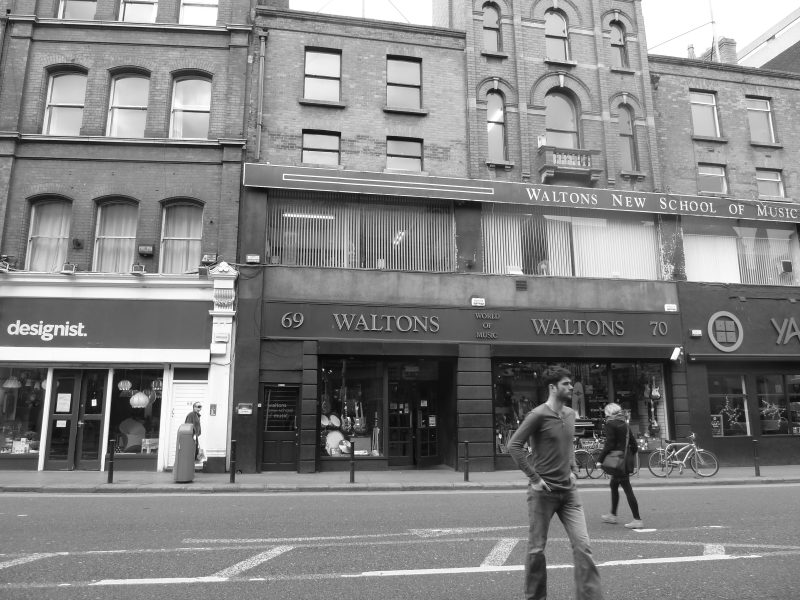 Dublin’s street art is more than visual. No matter what street you find yourself on, you can be certain that music is never far away, be it street performers or indeed, music shops…

Waltons on Georges St. has been supplying Irish musicians with instruments since the 1920s. The shop’s most recent claim to fame is that it provided the back-drop for a scene in Oscar-winning Irish film Once.  During the Oscar ceremony, set designers used the theme of the hanging guitars from the shop in their stage set for the performance of the award-winning song.

This sleeping girl forms part of a series of papered over window frames on Fade Street by the artist Prefab. If you take a closer look you’ll see the image is a clever mish-mash of vintage newspaper cuttings: 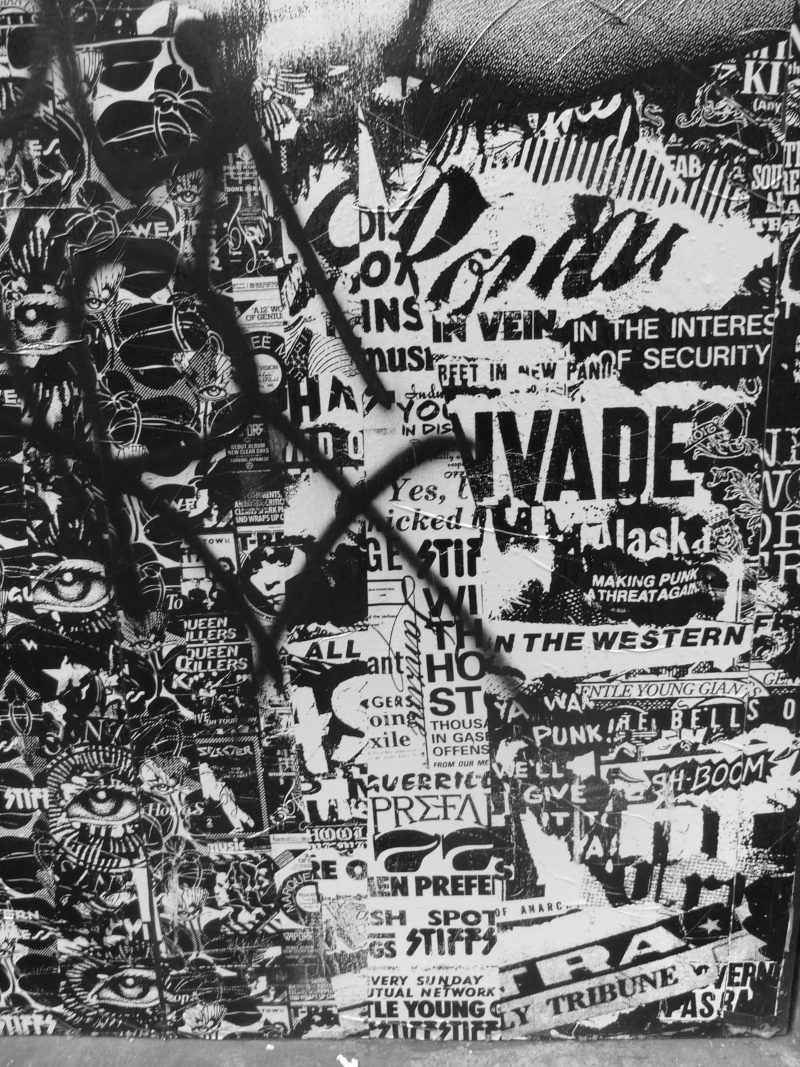 Busking is legal in Ireland, so in theory, anyone can make Dublin their stage. However, there are space restrictions on Grafton Street where Gardai (Irish Police) patrol the area and may move musicians who attract large crowds. This is usually only the case though if they are blocking the entrances to shopfronts. 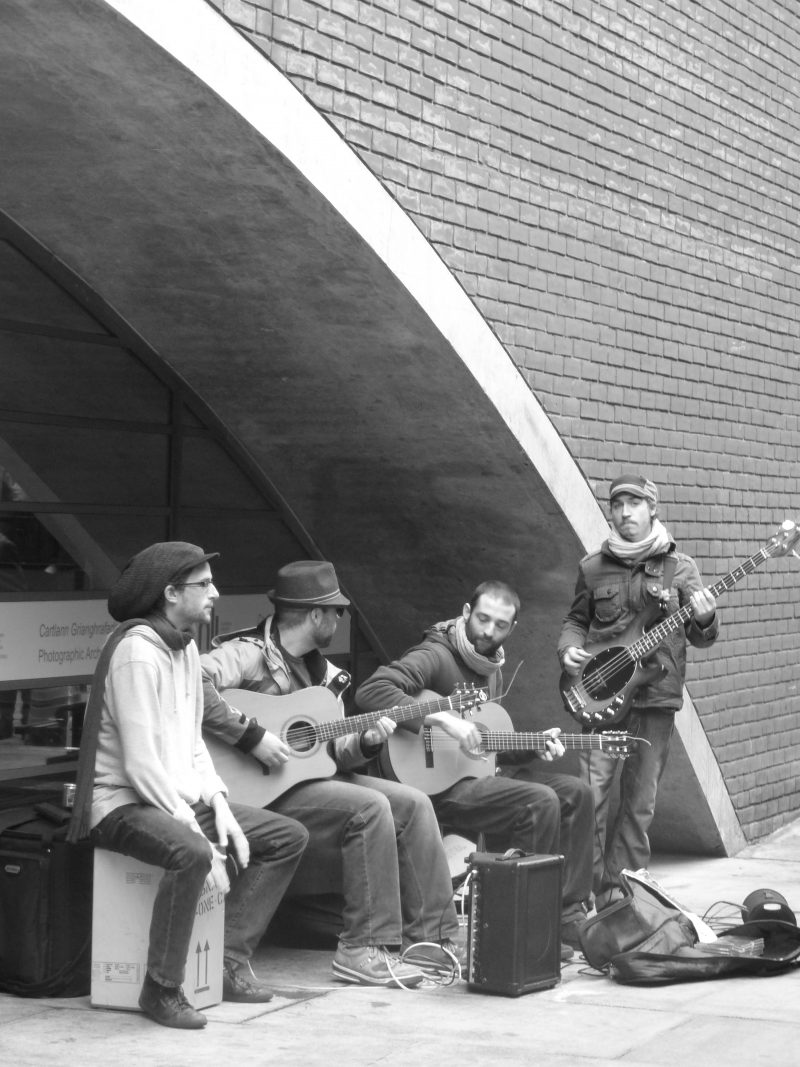 A quartet beats out the theme tune to ‘Inspector Gadget’ while crowds gather for the Saturday Market in Temple Bar’s Meeting House Square.

All images by Fiona Hilliard