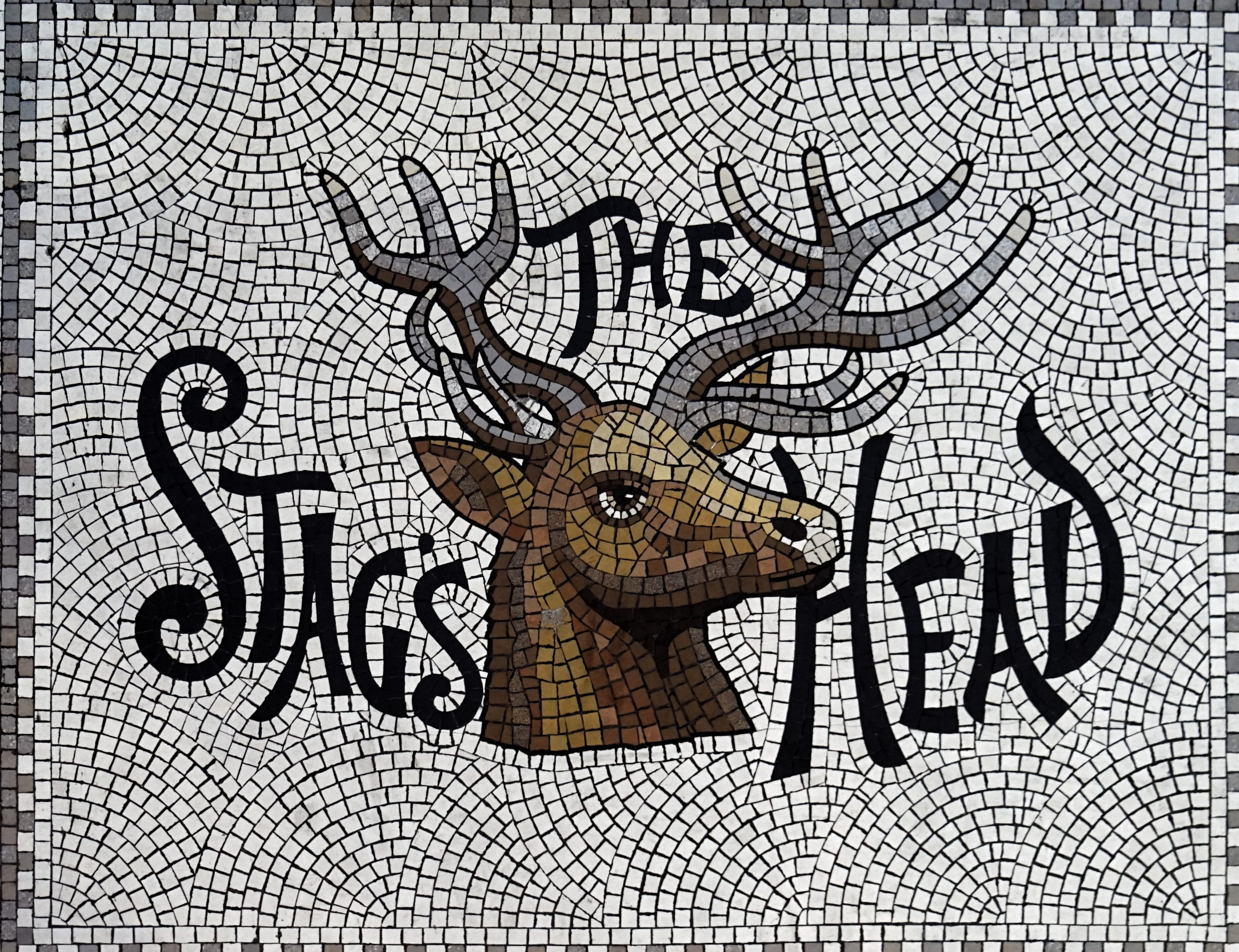 From writers and musicians to revolutionaries and revellers, these historic Dublin pubs have provided the setting for good times galore over the years. Follow the list and plan a Dublin pub crawl with purpose…

Officially Dublin’s oldest pub (it dates back to 1198), The Brazen Head hosts nightly traditional music sessions as well as open-mic afternoons on Sundays, when customers are free to join the band on stage for a tune. This is a popular venue year-round, but on a summer’s evening, the beer garden out front is a top spot to sink a pint.

Another temple of trad music, O’ Donoghues on Merrion Row is famous for being the birthplace of legendary Irish folk band, The Dubliners.  This Dublin pub is always buzzing with an even mix of locals and visitors.  Love it for its original 1960s decor (including vintage upholstery and black and white photos) and outdoor heated beer garden.

Borrowing the words of Dublin writer Brendan Behan, The Cobblestone likes to think of itself as a “drinking pub with a music problem’.  Situated in the centre of Smithfield, the pub hosts is famous for its traditional Irish music sessions. Run by Tom Mulligan, whose family has been playing music for five generations, this is a true Dublin treasure and one of the best places in the city to connect with authentic Irish culture.

Although open since 1899, literary-wise Grogans only really hit its stride in the 1970s, when barman Paddy O’ Brien moved here from another pub, bringing many of his best customers and wordsmiths with him. No doubt, Grogans’ no music, no television policy did much to encourage conversation and banter among its clientele.  To this day, the pub (and its famous toasted sandwiches) still attracts a bohemian crowd, not to mention its lively outdoor terrace which is a South William Street landmark in itself.

Fleet Street’s The Palace Bar has been a favourite with writers since 1843, counting literary barflies Brendan Behan and Patrick Kavanagh amongst its most well-known customers. Over the years, the pub developed a strong following amongst Irish Times journalists, most notably during the 1930s and 1940s when the editor Robert M. Smilie held regular gatherings here. He and his team usually held court in the pub’s snug and back room, treating the space (and its telephone box) as its unofficial office.

Kehoe’s on South Anne Street is renowned for being one of Samuel Beckett’s favourite haunts. The pub made a name for itself as a literary hangout in the 1940s and 1950s, but these days it attracts a steady mix of tourists and after-work crowds. On a sunny summer’s evening, you’ll be lucky to find a spot on the street outside.

This small, narrow pub oozes Victorian charm. Seats are a rarity on weekends, when much of the crowd spills out onto Harry Street, so pop in on a weekday afternoon if you want to experience the surroundings over a quiet pint.

Name-checked in James Joyce’s short story, Counterparts, Mulligans has been a hit with writers and journalists since it opened its doors on Poolbeg Street in 1854. John F. Kennedy even dropped in for a pint while working as a journalist for Hearst newspapers in the 1950s.

Not only does Toners on Baggot Street claim to serve up one of the best pints of Guinness in Dublin, but it’s also said to be the only pub in the city to have captured the heart of WB Yeats. Open since 1818, Toners exudes a genteel old world charm, retaining many original features including glass cabinets behind the bar and a traditional wooden snug area which has changed little since Victorian times, check out http://www.homeconcierge.ie/. Out back, there’s a surprisingly spacious beer garden that’s gloriously sunny in the summer months and a lovely heated outdoor space during the rest of the year.

Licensed since 1766, The Long Hall on South Great George’s Street is most definitely one of Dublin’s oldest and most atmospheric pubs. Expect genuine Victorian furnishings, plus you might even spot the boss Bruce Springsteen if he’s in Dublin – it’s one of his favourite hangouts when he’s in town.

A favourite with both locals and film location scouts alike (a few years back, it featured in the series Penny Dreadful), this Victorian era pub is located on Dame Lane.

Founded in 1833 by John Kavanagh and still managed by the same family, The Gravediggers is located right beside Glasnevin Cemetery. Perhaps unsurprisingly, various urban myths have sprung up over the years including stories of a secret hatch where workers from the cemetery would be passed sneaky pints of stout.

Another story goes that the bar is haunted by the ghost of an elderly man. Check here http://inhismind.net. Sharply-dressed, wearing spectacles and a beard, he’s often spotted sitting quietly at a corner table enjoying a pint…that is until you go to chat to him and he suddenly disappears.

The Gravediggers prides itself on serving some of the best, creamiest pints in Dublin and its interior retains many unique original features. The bar’s no music or television policy makes this the perfect place for anyone looking to experience a quiet drink in authentic surroundings.

Technically, it’s located on the border of Dublin and Wicklow, but Johnnie Fox’s pub definitely deserves to be included in any round-up of Dublin’s best historic pubs. Known as ‘Ireland’s highest pub’, you’ll find it nestled in the Dublin mountains. Traditional Irish music and dance shows make it popular with tourists and day-trippers exploring Wicklow’s beauty spots.

Serving up joy by the glass since 1821, this Capel Street pub and ‘early house’ is a treat for history lovers.  There’s even a 1916 Commemorative Wall that chronicles the stories of those who fought and died over the Easter Rising of 1916.

Holding fort on Exchequer Street for over 350 years, The Old Stand is popular not only for its proper pints but also for its hot lunches – its homemade soup and sandwiches are legendary. The Old Stand’s other major claim to fame is that  during the Irish War of Independence, the pub was visited by revolutionary leader Michael Collins. 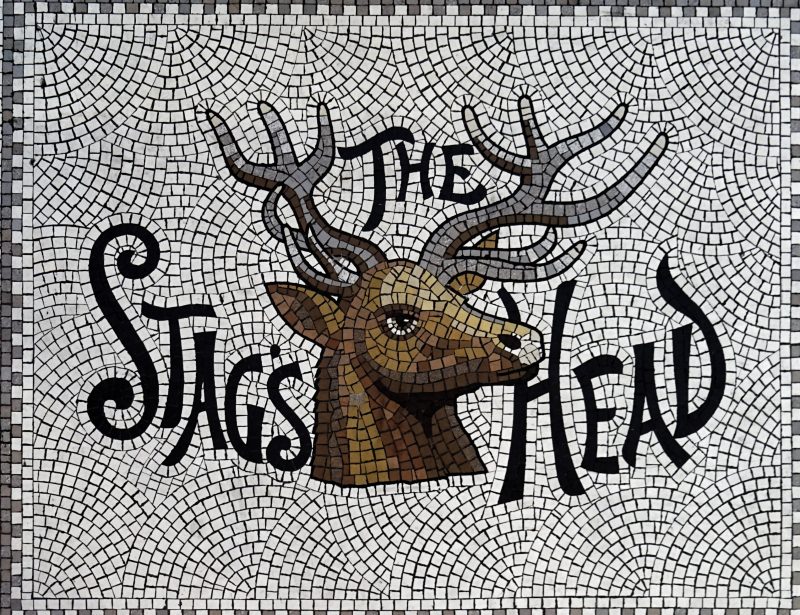