Dublin is undergoing something of a Mexican invasion. Burritos and Blues, Little Ass and 777 have all popped up south of the Liffey in the last 12 months. And this week, Tuzo Mexican Kitchen (occupying the former space of Insomnia) has mushroomed on Dawson Street. Concerns about chilli overkill are unfounded. Already, there are a few things that make Tuzo Mexican Kitchen stand out from the competition. 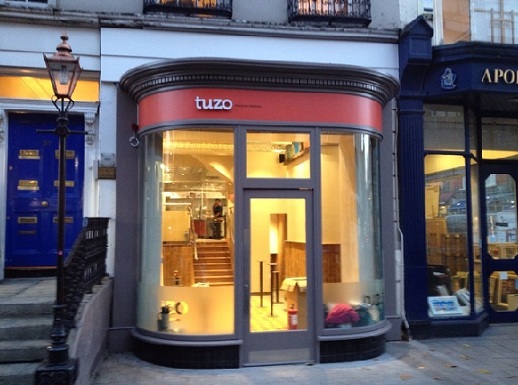 If there’s one way to measure a good Mexican/Tex Mex kitchen, it’s a burrito. And a chicken one at that. In Tuzo’s case, the chicken is flaked and you could tell it was carved from the whole bird, not processed fillets, the guacamole was chunky and refreshing – just as it should be. Beans still had a little bite and were not too mushy. The accompanying chilled Modelo beers cut through the spice nicely. 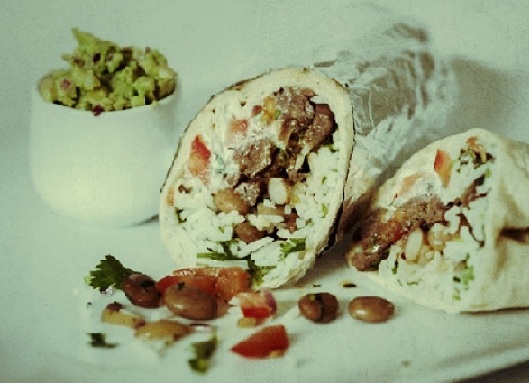 Burritos just how they should be…

The service was extremely friendly and efficient. Although it is counter-service, staff approached our table several times to check that everything was okay.

Tuzo doesn’t hide the fact that it is Mexican but with an Irish twist. Every table is furnished with a bottle of the Irish-produced Mic’s Chilli Sauce. The sauces are handmade in Kilcoole, County Wicklow, using Habenero chillies (the Mic in question developed a love for hot sauce while travelling in Belize in 1994 and evidently spent several feverish years perfecting his own version). Oh and apparently there are no nasty artificial colourings, flavourings or preservatives – so all in all, it’s guilt-free! 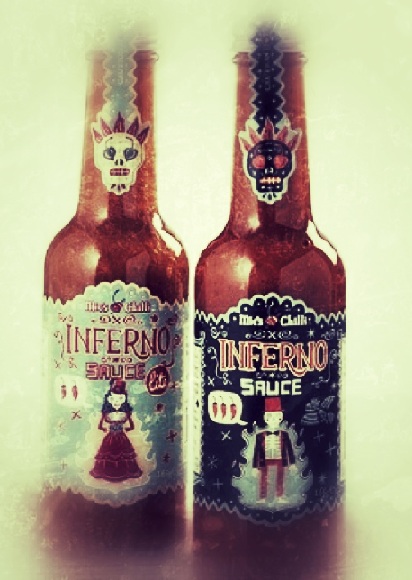 The Interior and Ambience:

Dublin’s newer Mexican eateries surpass themselves when it comes to artwork (you only have to look at 777’s tile frieze). Tuzo is no different. From the decadent and ornate silver ceiling to the custom-designed red and yellow tiles on the floor, you can tell that the owners have put a lot of thought and time into the interior design. One of the first things that you notice is the huge ‘Mariachi meets Day of the Dead’ themed mural on the left wall as you walk in the door. Dublin-based artist and illustrator Steve Simpson was commissioned to design the piece, as well as the cute menus and some other artwork on display in the restaurant. Incidentally, he also designed the labels for Mic’s chilli sauce.

The seating area is split-level, a mixture of bar stools and counters to the rear and polished steel tables and stools and window seats to the front. Again, the art-work is eye-catching here, with a print by Steve Simpon “Senora Lavery” overlooking diners from a gilded frame. Carved skulls and a sculpture of a dog provide further talking points. Music on the sound system varied from The Rolling Stones to Passion Pit, to The Kinks -all very cool and chilled out. 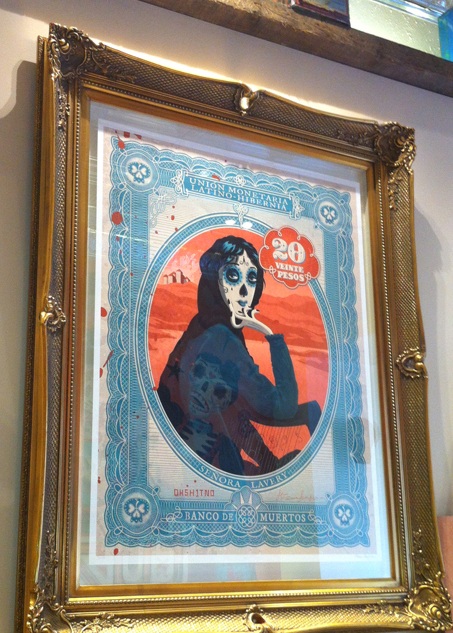 Senora Lavery, a cheeky play on words of the famous Lady Lavery who once featured on Irish bank notes

This is the most exciting new addition to Dublin’s Dawson Street since the 37 venue opened earlier this year. As a burrito bar it does its job – and then some. Anyone looking for a great value feed in hip surroundings is well served. For under a tenner you can enjoy a generous burrito and side of tortillas plus guacamole and a soft drink – add a couple more euro if you’re having a beer or a wine – yes they serve wine too. You can’t help but want it to be a success.