This year marks the 100th anniversary of World War I. Between the years 1914 to 1918, soldiers travelled from five continents and over fifty different countries to the West Flemish region of Belgium. Sadly, the naive sense of adventure that led many of these young recruits here was a million miles from what was to confront them. Over 600,000 died during battle in Belgium. Today, in the ‘Peace City’ of Ypres, they have not been forgotten.

Located in the beautiful and historic Cloth Hall of Ypres building, the In Flanders Fields Museum was established with the aim of telling the story of the soldiers who took part in World War I in the West Flemish Front region.  State of the art multimedia exhibits bring the grim daily realities of the Great War to life. The clever use of films, soldier testimonials and personal effects chart the story of the invasion of Belgium to the first few months of war, the subsequent four years of trench warfare in the Westhoek and battles from the beach of Nieuwpoort to the Lys in Armentiéres. 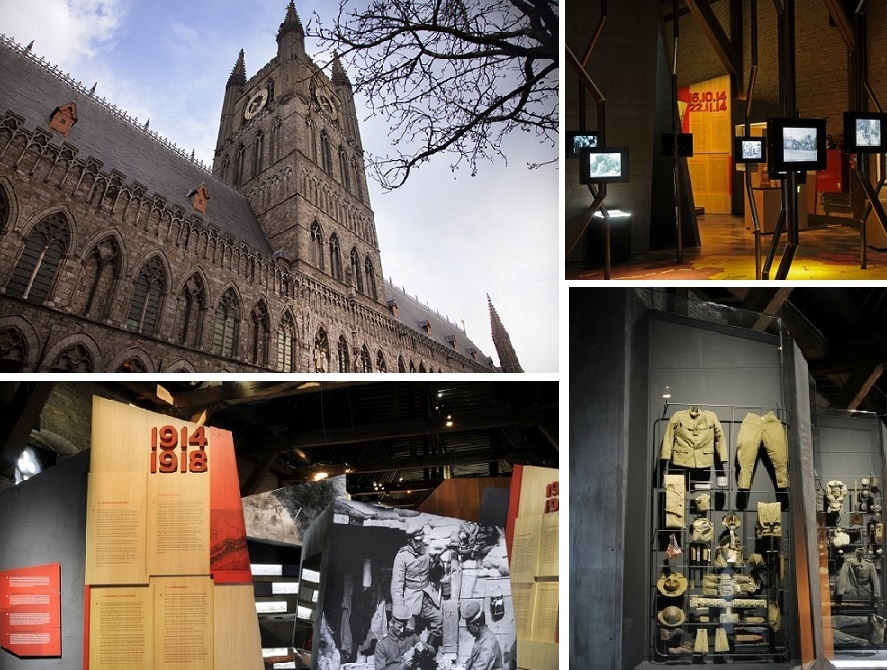 A Personal Journey: The Poppy Bracelet

Every visitor to the In Flanders Fields Museum receives  a red and white poppy bracelet. Once you register through the touch screen kiosks, the bracelet’s microchip allows you to follow a tailor-made tour via four personal stories of soldiers that are relevant to your age and nationality. 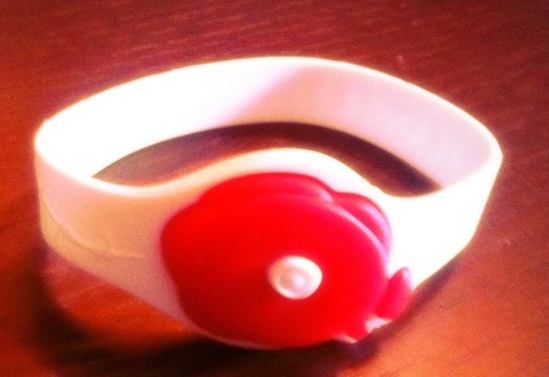 Dotted around the tour route are kiosks featuring a small viewing window. When you scan your poppy bracelet it unlocks a real-life story. Peering into the darkened window, you view a short film of a narrated  photograph or letter from one of four soldiers selected for your region or age group. It’s eery, moving and very effective.

As you near the end of the tour, data collected from your bracelet gives you the opportunity to discover whether members of your family (or soldiers sharing your family name) lost their lives during the war. There is also the possibility to delve further into tracing their story in the museum’s WWI research centre. 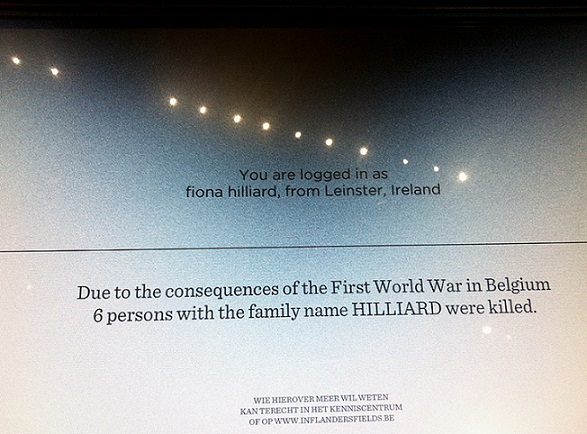 As well as the excellent permanent collection, the current War and Trauma exhibition shines a light on the grisly aspects of life for wounded soldiers on the front.

Entitled Soldiers and Ambulances 1914-1918, the exhibit draws on photographs, diaries and hospital equipment to illustrate how soldiers were nursed and also reveals theories about shellshock and how World War I led to many breakthroughs within the medical world. 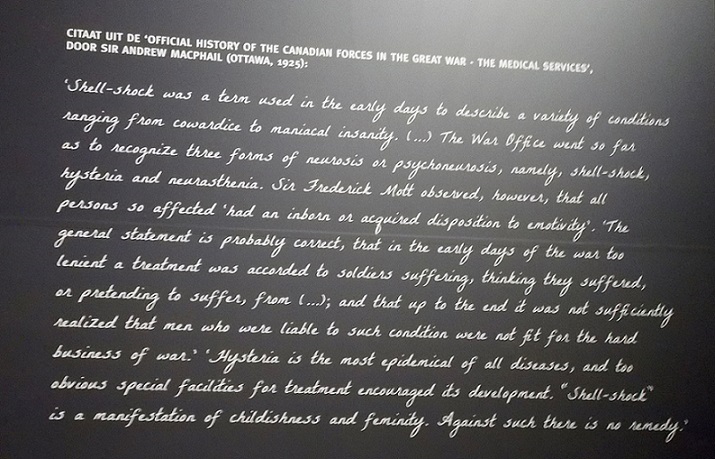 The acceptance of  psychological trauma as a consequence of war was a significant medical breakthrough.  This history is explored in more detail at another additional exhibition, Soldiers and Psychiatrists which is running in Museum Dr Guislain in Ghent.

Some of the most poignant and beautiful literary works of the 20th century emerged from the bloody horrors of the trenches.

Wall hangings within the museum feature the words of Stefan Zwieg, Cyriel Buysse, Jean Giono, Siegfried Sassoon and Mary Borden and convey the feelings of disgust, anger,  loss and deep sadness that grew as the war raged on.

If you have the time (and energy) it’s worth climbing the 231 steps of the museum’s belfry to appreciate a birds-eye view of the city of Ypres and the surrounding battlefields. 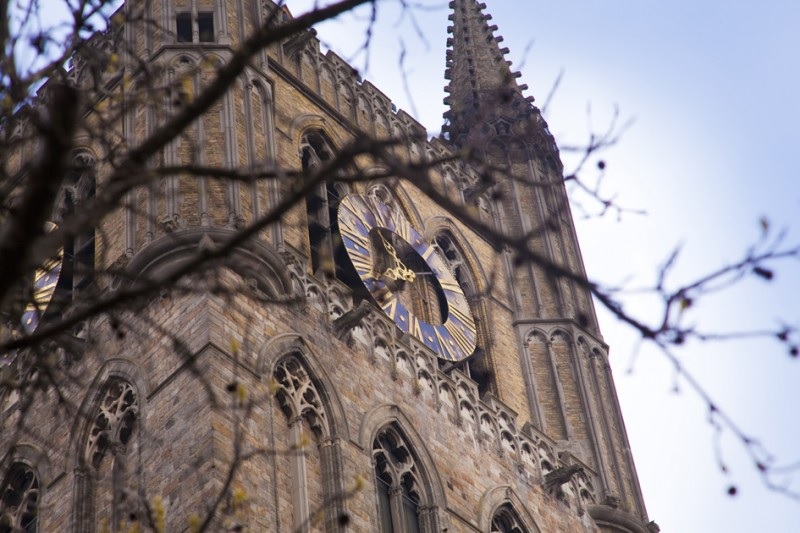 Admission: Museum and exhibition admission costs €9.00 for adults, €5.00 for the exhibition only.

Admission to the belfry costs an additional €2.00. 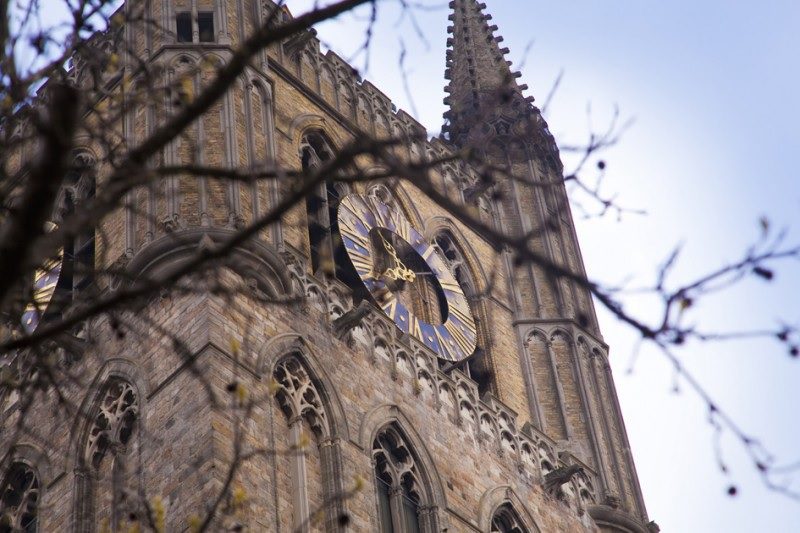