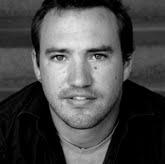 Talented photographer Jeroen Swolfs has set himself the ambitious goal of visiting and photographing EVERY capital city in the world over a five-year period. He is recording the journey so far on his site Streets of the World as well as in a book that is being produced by National Geographic.  This week he took time out from his hectic schedule to take part in a Q & A with Travel Edits.

1.The idea for Streets of the World is genius. How did you come up with it?

Kind of a weird story actually. I was already studying photography and my interest definitely went out to journalism, stories about people. But when I walked home one night after one too may a drink I tripped and fell flat down on my face. I lay there for a while totally fascinated by this one tile I was looking at. I started to think about how many people had set their feet on that one specific tile, where they were going, what they were doing. That’s when I suddenly realized that life really happens in streets. That’s when I decided that I wanted to take photos of street life. And then of course in every capital of the world to make it a complete story:

2. Typically how long do you spend in each city and how do you decide on the city’s ‘best angle’?

On average I spend 5 days per capital. Usually 2 are spent just walking around trying to find a place where I think as many facets as possible of the city can be seen. Through reading and meeting local people, I’ve formed my own opinion of what I think is typical by then. But I also have to keep into consideration light and composition of course. Then it’s usually two days of photography in that one spot. I sometimes take thousands of photos because everything is constantly moving chaotically. I need time to prepare for the next country too of course.

3.You ha ve a number of partners supporting your project. How did you go about securing funding for Streets of the World?

The financing, apart from finishing in one piece, was and is the hardest part of Streets I think. It’s such a crazy and also enormously risky project that for three years everybody I tried to get interested thought I’d gone completely mad.

It was hard to keep believing in it after a thousand no’s and looks of disbelief. Thank God after three years, just before giving up myself, I met my current investor who loved the idea right away. The whole project is financed now but I do have to pay back the investment and the investor of course has shares in the company.

4. What in your opinion has been the most dangerous city that you’ve visited so far? Why?

There were a couple where I arranged security. So I guess they can all be called dangerous. I never had any real trouble so far but that could of course also be because of the security present. If anything will go wrong it will probably be in a place where I least expect it. It’s just part of the deal and you can’t prepare for everything. That’s why I will be quite happy when I cross the finish line after 203 countries and five years in one piece. Baghdad is still coming up.

5. If you had to choose just 5 essential pieces of equipment to take on the road with you, what would they be and why?

6. What has been your favourite image from the project so far? Explain your reason behind it too.

My favourite shot is the Tuvalu one. I think it’s unbelievable that the street life of the capital of Tuvalu actually takes place on the runway! Where they are playing volleyball and rugby at the end of the day. Only twice a week a small propellor plane lands. Everybody knows when because it returns loved ones to the tiny Pacific island. It’s an amazing place. Very much threatened by the rising sealevels.

7.As par t of your Asia stage, you managed to photograph Pyongyang in North Korea – what were your impressions? 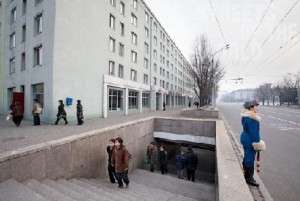 I think the story behind the photo of North Korea is rather special. I entered as a tourist which I really wasn’t. Kind of a dodgy start. Then to actually manage to be ‘alone’ and for a few minutes away from my group was really hard to accomplish. And then getting the image out of the country again. I think it really shows well the awkward atmosphere of the place. The light is very coldish. People don’t look at you, they’re not allowed, and then there’s the typical traffic policewoman where there are no cars at all. I think it really shows and feels what kind of society North Korea is.

8. What have your experiences so far taught you about the world that you didn’t realise before?

That we are much more alike then we think. I thought Streets would be a photo project about the differences of human life around the world. Of course things look different in different places. But almost everywhere people are doing the same things and caring about the same things. Their children, friends, the environment. Things we care about in the same way. So it turns out it’s becoming more and more a project that’s about similarities instead of differences.

9. Where would you return to again? Why?

I really loved Palau. A small island nation in the North Pacific. Very mellow and with absolutely superb diving. A weird capital though.

Next I’m off to Haiti. Things are still really bad there. I’m joining the Red Cross for two weeks to make a report of the work they’re doing. Somewhere during that time I’ll make the Streets photo of Port-au-Prince.