Like Gaudi’s La Sagrada Familia or La Boqueria Market, The Camp Nou Experience is regarded as one of Barcelona’s ‘must-see’ attractions.

It may not offer the same thrill as watching Messi, Xavi or Puyol (and his hair) playing live, but The Experience gives FC Barcelona fans exclusive access to some of the stadium’s most hallowed spaces, including the terraces, the away team changing room, the players’ tunnel, the dugouts, the press room, the commentators box as well as the state-of-the-art museum dedicated to the history of FC Barcelona. 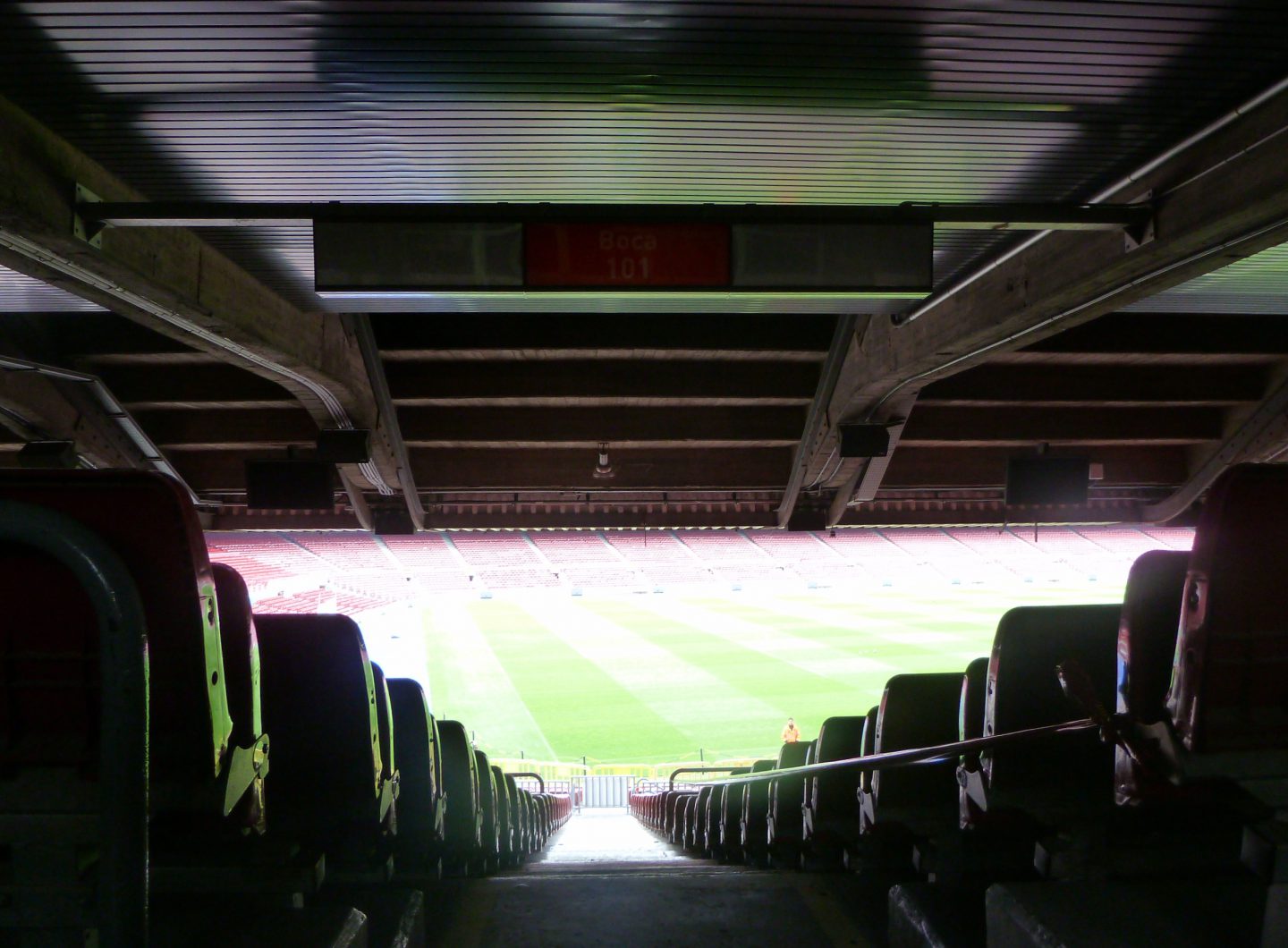 Camp Nou’s capacity is 98, 787, making it one of the biggest in Europe. The tour of the terraces gives you the chance to appreciate the sheer magnitude of the stadium.

In case you’re wondering where to rub shoulders with the rich and famous, the most expensive seats in the house are located in the Tribuna in the main stand. Cheaper seats are classified as “General” and are found around the rest of the ground. 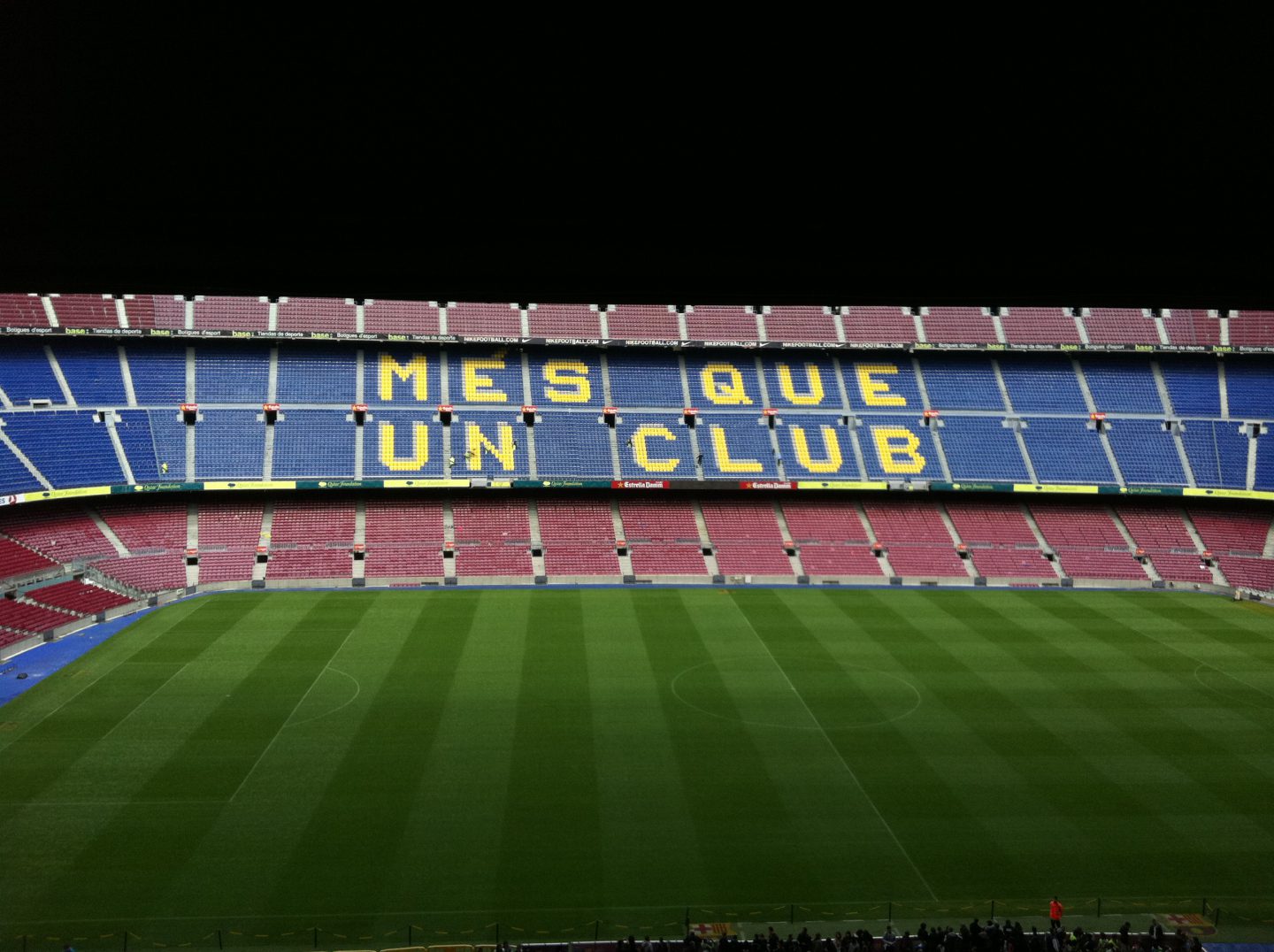 FC Barcelona’s motto, Més Que Un Club, “More than a Club”, represents the important relationship between the club and the people of Catalonia. What sets FC Barcelona apart from many other football clubs is that is it owned and operated by its supporters. It is considered to be the second richest football club in the world in terms of revenue, with an annual turnover of €398 million. 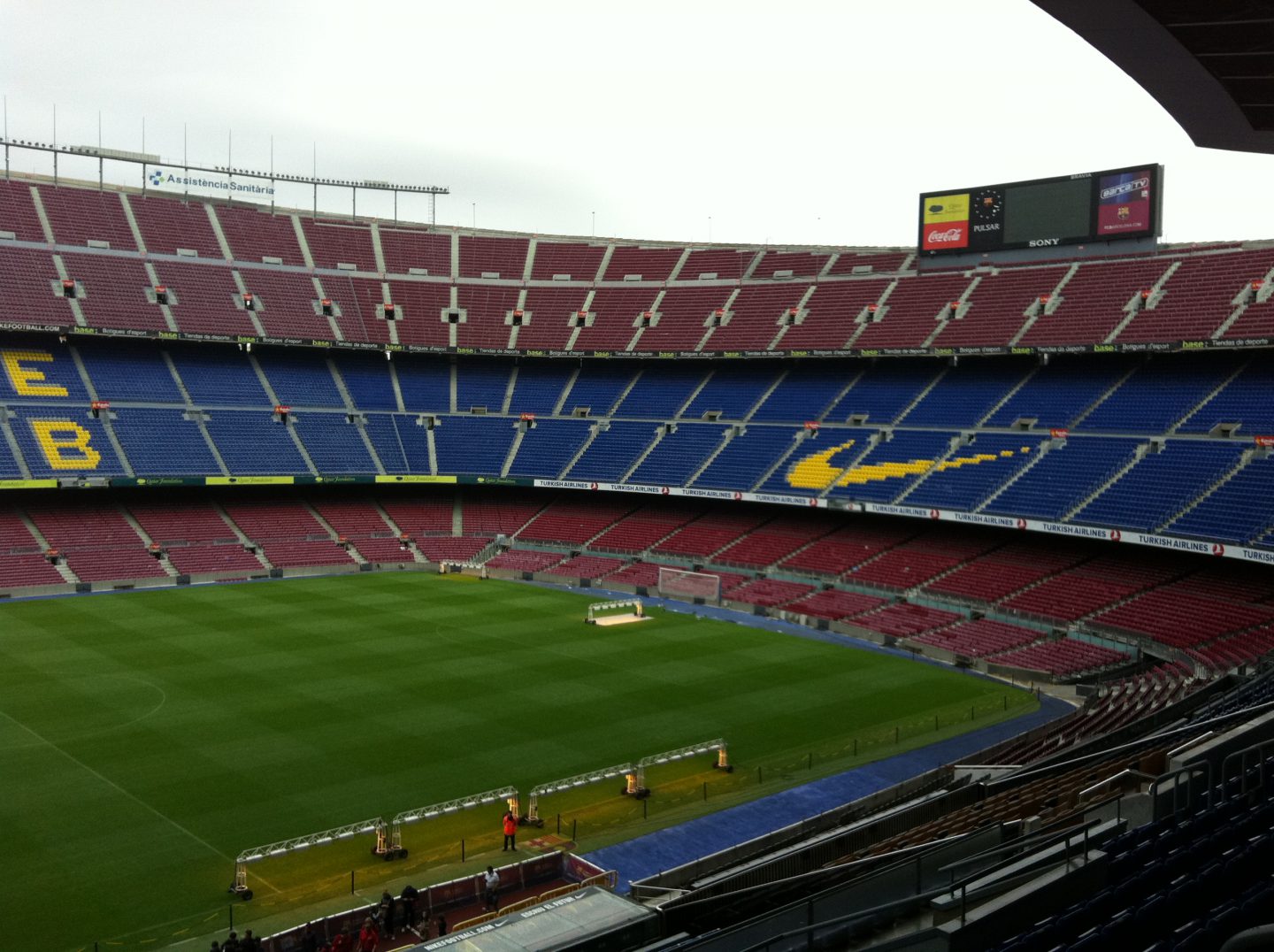 If standing in the echoey, empty stadium is enough to give you goosebumps, you can only imagine the atmosphere on a crucial Champions League match day. Or indeed when FC Barcelona clash with long-term rivals Real Madrid. Matches between these clubs are knows as “El Clásico” for good reason… 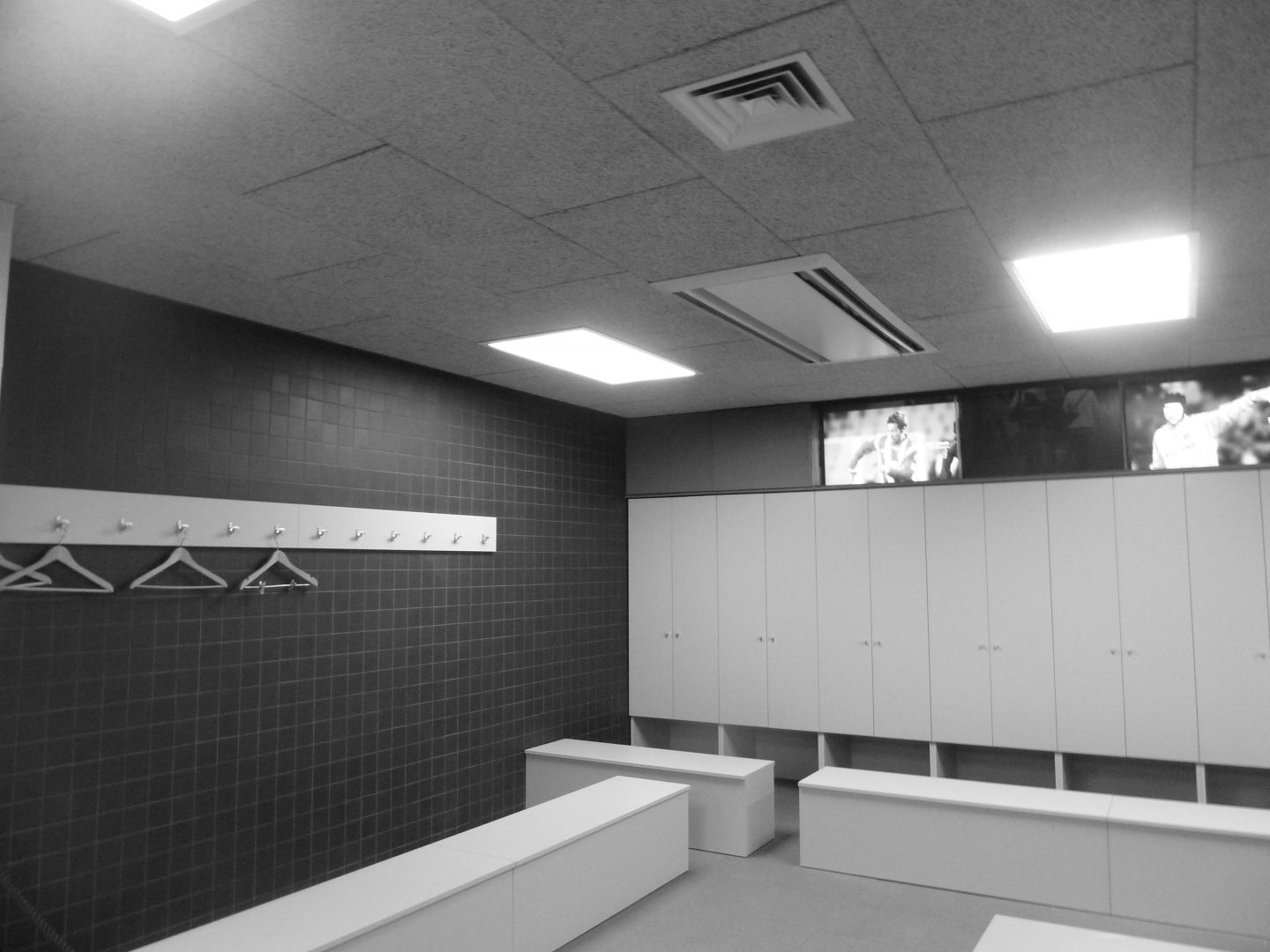 By far the most interesting part of the tour is the behind-the-scenes area including the tunnel, the away changing room and the dug out. This really gives an insight into life in the stadium from a player’s perspective. 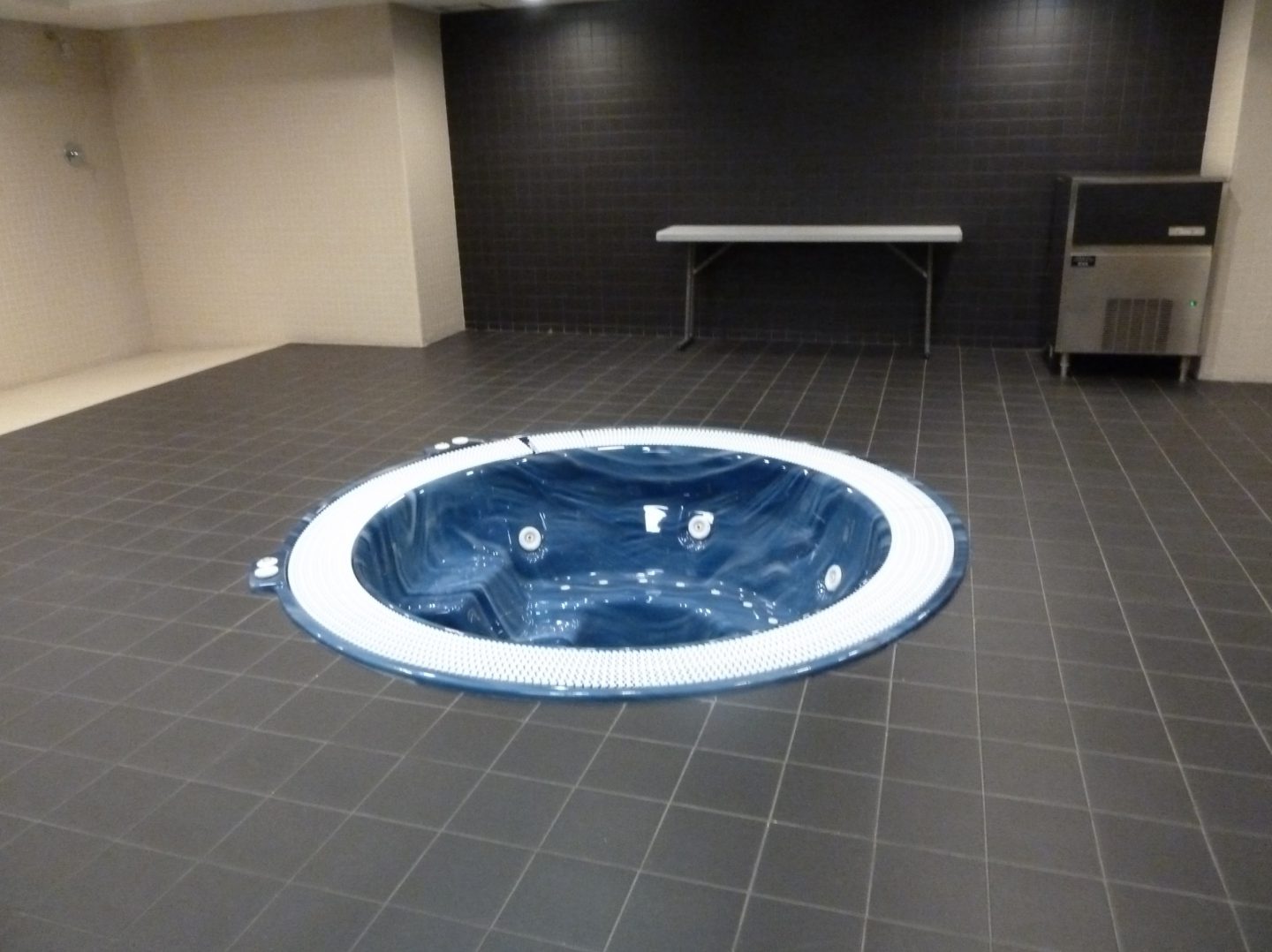 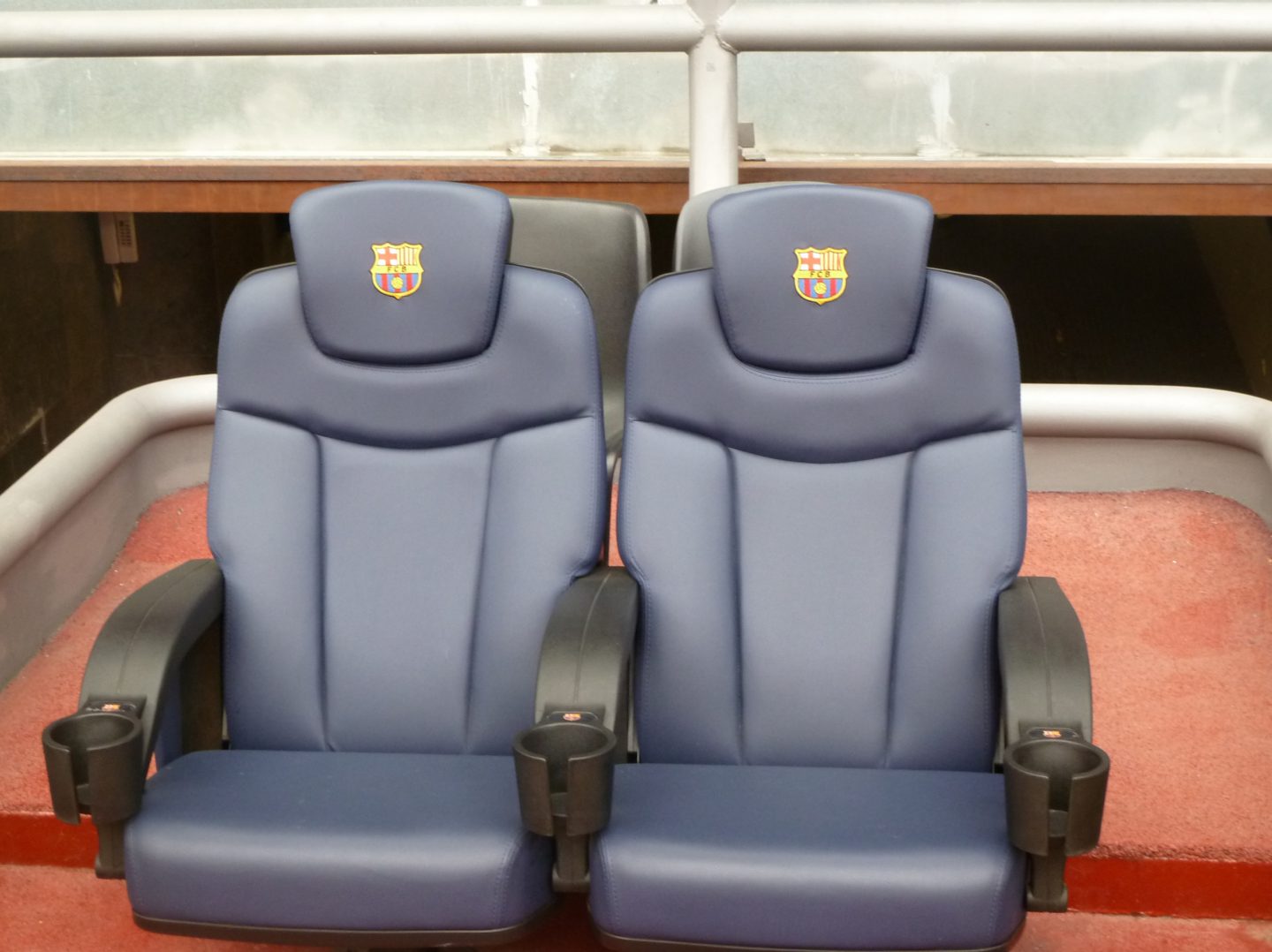 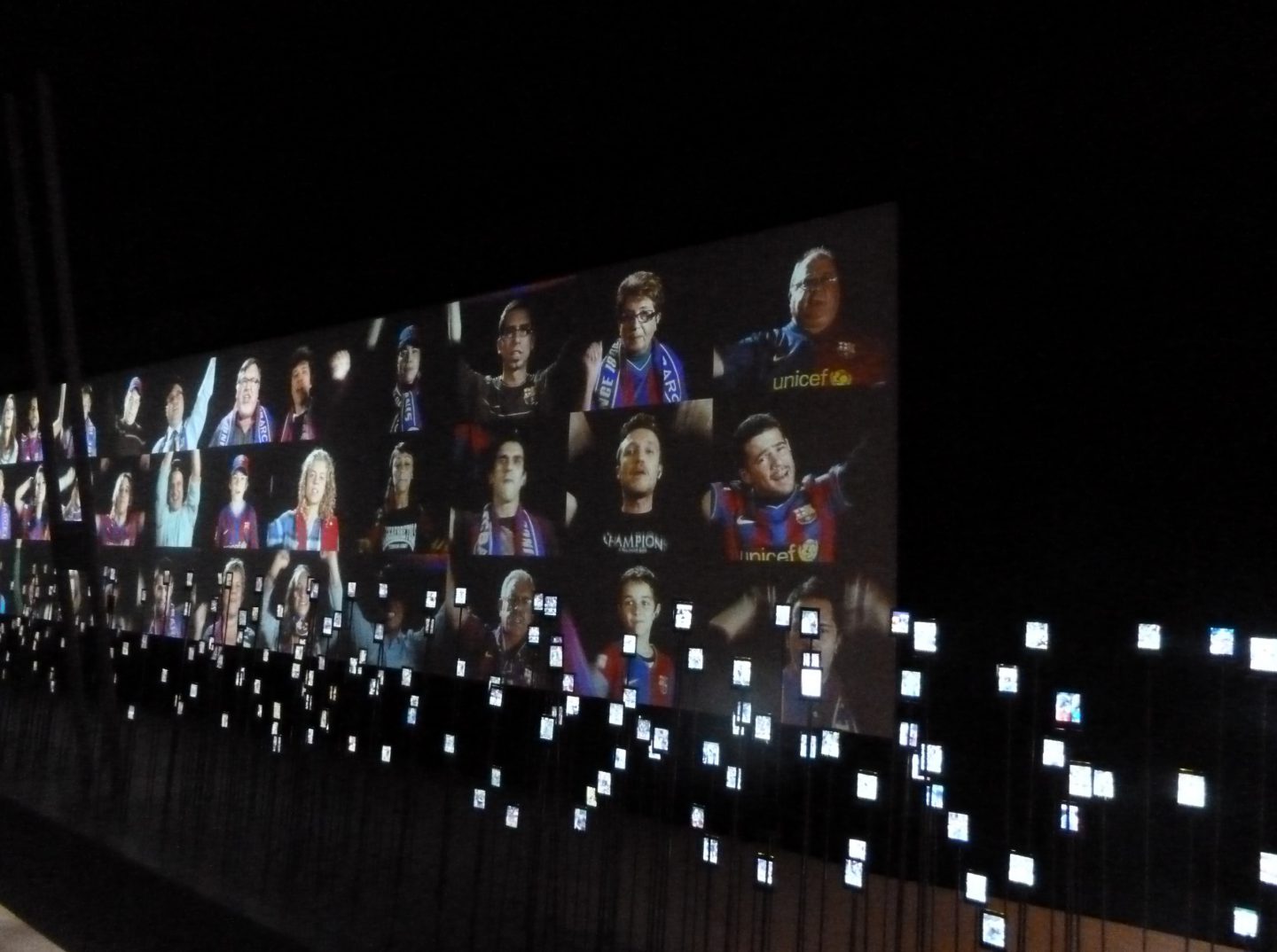 The museum part of the Camp Nou Experience features interactive wall spaces, audio visual presentations and important memorabilia and objects that tell the story of FC Barcelona. Believe me this could have been the most boring aspect of the tour but actually managed to be very engaging. 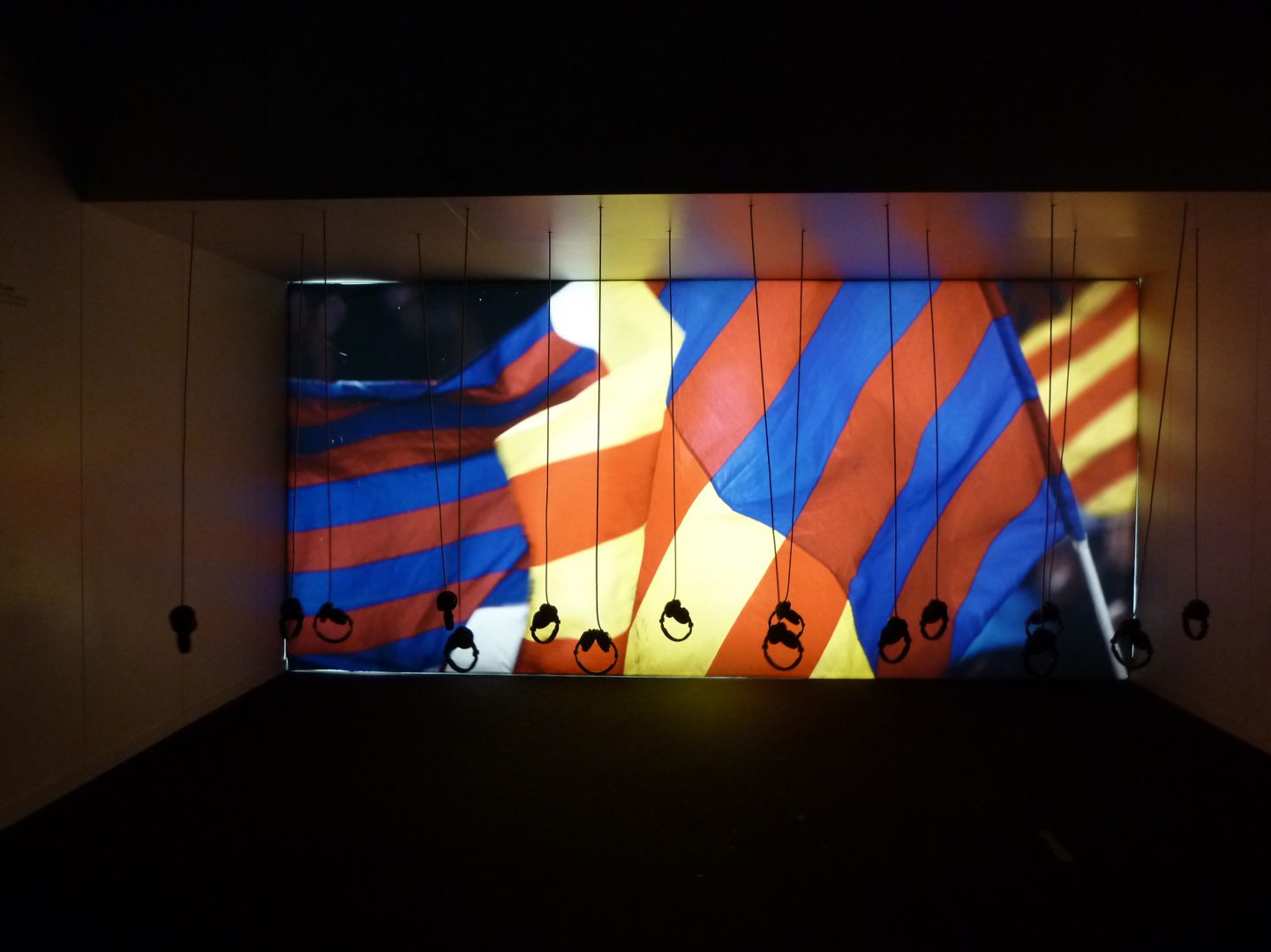 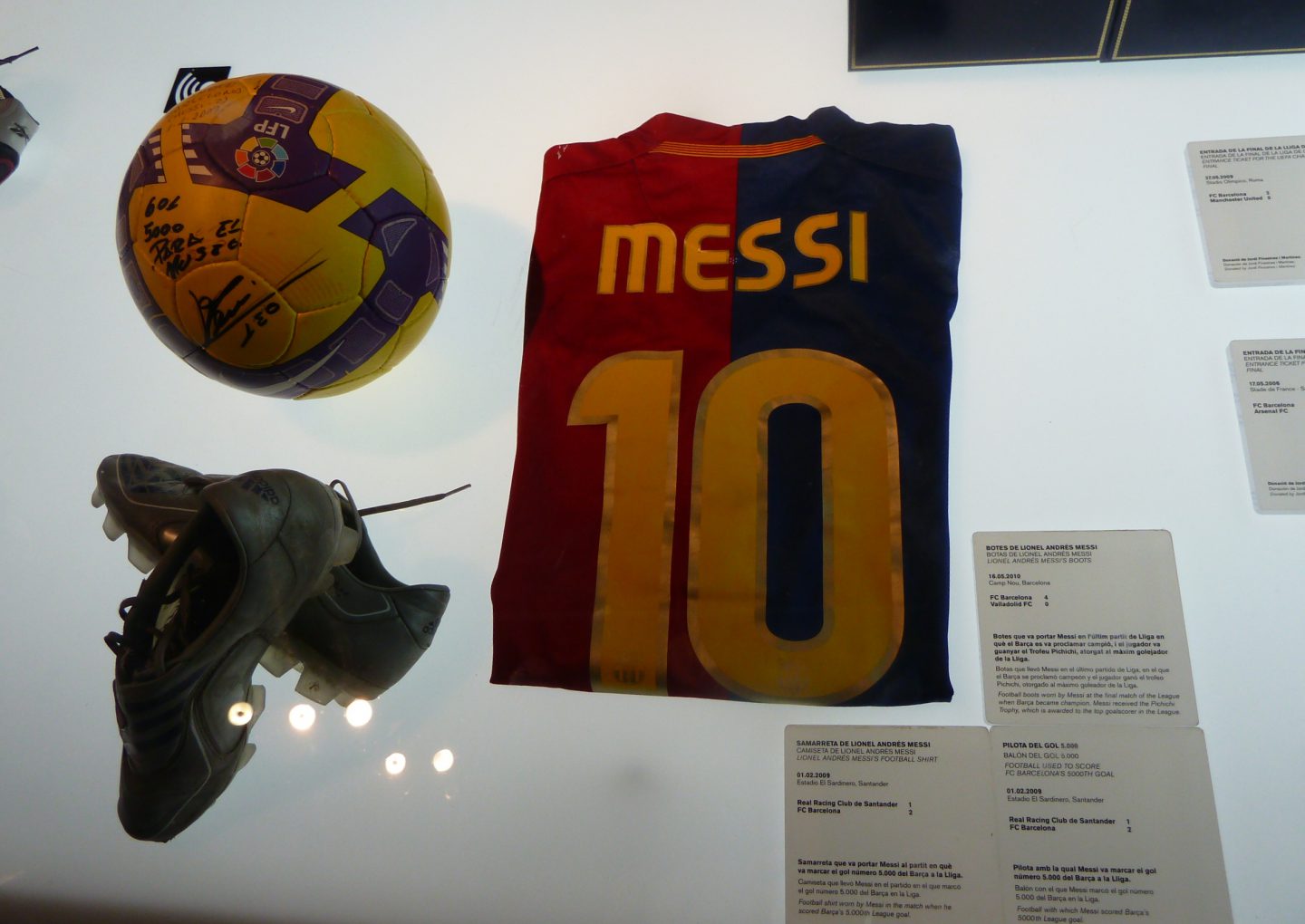 The whole Camp Nou Experience lasts between one and a half to two hours. Although tickets are a little on the pricey side, it is actually a surprisingly enjoyable way to spend a rainy day in Barcelona.

The ticket price includes entry to the museum, a self-guided tour of the stadium and multimedia area. Tickets can be purchased online or bought at the ticket office at the stadium.

Please note, on the day before a Champions League match, it is possible to take a tour but access is denied at the following areas: press rooms, changing rooms, player’s tunnel, pitch area, media boxes and the second floor of the museum.

On a Champions League match day, the museum opens from 10am to 3pm. Tours of the stadium are not possible and the second floor of the museum is closed all day.

During Copa del Rey match days at Camp Nou the museum closes for three hours before kick-off and re-opens one and a half hours before the match starts. Stadium tours are not possible.

Verdict: Honestly this wasn’t top of my list of things to see in Barcelona, but I have to say it is genuinely well done – you can’t help but want tickets to see the team in action for real afterwards…