Ó Tholg go Tolg (from couch to couch) is an Irish-language travel series that follows the adventures of two girls, Bláthnaid Treacy (presenter) and Laura O’ Connell (camera operator) as they couch surf their way around Europe. Bláthnaid recently took some time out to chat to Travel Edits about her experiences of couch surfing and what it’s like to host a travel show. 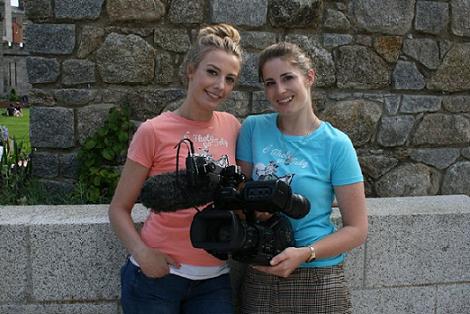 Q1. Getting to travel around Europe as a travel show presenter sounds like a dream job. How did you land the role?

It was the most amazing experience of my life, I got to see and do things that I never would have gotten the opportunity to do otherwise. I literally saw the job advertised on IFTN and I applied for it and it all took off from there.

Q2. During the series, you visited 14 different countries and spoke Irish in each of these during filming. How difficult was this and what was the reaction of locals to hearing the Irish language? 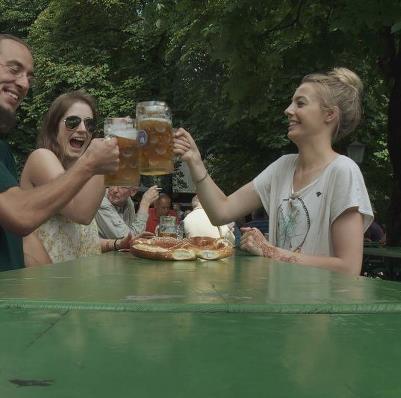 It was difficult at times when we were really tired or hungry, but being able to communicate without anyone understanding was amazing, that was the whole idea of the show, that Laura and I had our own secret language that no one understood. It came in very handy. People would try and listen to see if they recognised any words but needless to say, they didn’t understand a word…except for the Russian girl we met who was couchsurfing in the same house in Kosovo, who happened to be fluent in Irish! She heard the language I think when she visited Ireland and decided to learn it as she thought it was so melodic.

Q3. As part of the experience, you had the privilege of sampling the local cuisine of your host. Any memorable or scary meals? 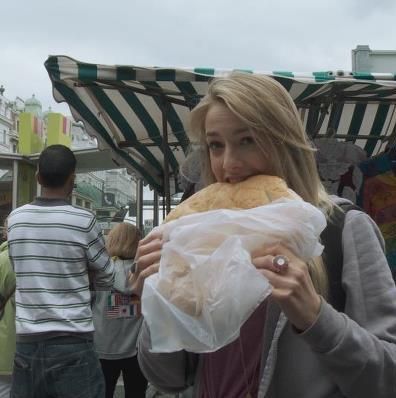 Yes…I ate a chilli in Vienna…biggest mistake of my life..my face blew up!! Was very funny for TV though. The food wasn’t great in Eastern Europe but as we moved into Italy and France it was delicious.

Q4. You got to partake in lots of fun activities in different cities during filming – what were your favourites?

Rowing a Gondola in Venice was amazing!!

Q5. What advice do you have for anyone planning to go couch surfing?

Speak to people on the phone before you meet them and read all of their comments of their profiles.

Q6. What experiences do you believe would not have been possible without a local guide with insider information?

The hill in Stuttgart build out of rubble from the second world war. We would never have gotten first hand accounts of wars happening in places Kosovo, Sarajevo, Croatia, and Serbia. Visiting secret beaches in Croatia, farming in Romania and cooking our dinners from scratch…killing a chicken! 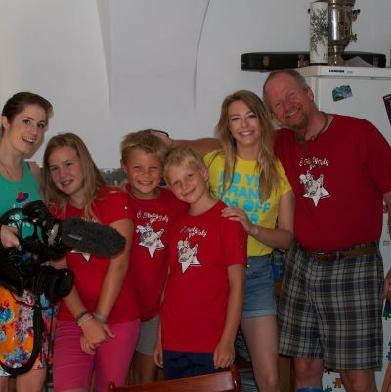 Laura and Bláthnaid with their Hungarian hosts

Q7. Of all of the travellers you met while filming, who are you still in contact with?

We are still in touch with a few on the facebook page, about three or four.

Q8. How would you compare couch surfing to more conventional budget accommodation options such as hostels?

You see a city from an insiders point of view, you get to do things that a regular tourist wouldn’t even know about and it’s wayyyy cheaper! 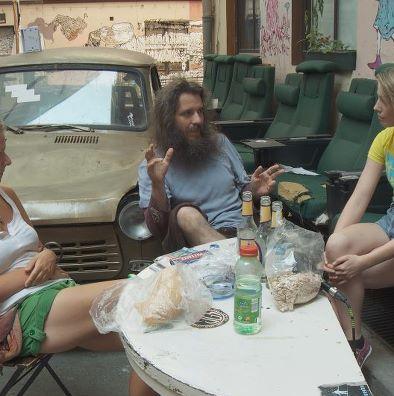 The squat in Budapest

Q9.What has the series taught you about travel?

How to pack neatly and roll my clothes..not fold! Also that nothing ever goes to plan, just take everything as it comes and go with it because that’s when you have the most amazing experiences.

Q10. What are the three most important things to keep in mind when couch surfing?

Know exactly where you are, ie the closest train station to you etc. If you feel unsafe just leave. Have an open mind.

The families were amazing, especially the family in Slovenia. And our host in Stuttgart was brilliant too!!

Ó Tholg go Tolg is broadcast every Thursday on TG4 at 9.30pm. Anyone who doesn’t live in Ireland or has no access to TG4 (Irish language TV channel) can keep up to date with the girls’ adventures on  O Tholg go Tholg on TG4 Player or follow updates from Bláthnaid and Laura on Facebook and Twitter.